It turns out that a movie adaptation of Pride and Prejudice and Zombies may not be out of the picture quite yet. The project, which many had determined would never make it past the rumors stage, seems to have risen from the grave with new life.

Pride and Prejudice and Zombies, a parody novel by Seth Grahame-Smith and a graphic novel by Tony Lee, has caught the eye of director Burr Steers (Igby Goes Down, 17 Again) and apparently he has signed on to direct the film.

And this is not the only recent news that has been released. Up-and-coming actress Lily Collins (Mirror Mirror, The Mortal Instruments: City of Bones) is in final negotiations for the role of Elizabeth Bennet, the hero from the Austin tale who finds herself battling zombies in this new take on the story. 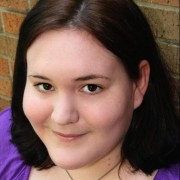 is an actress and stage manager from Arlington, TX. She graduated from the University of Texas at Arlington with a BA in Theatre Arts. She is a huge fan of all things YA, especially those that fall into the genres of fantasy and dystopian. When it comes to film, television, and theatre, she is most passionate of characters and their development.