As we all know, American Horror Story is frustrating. Sometimes there are good parts, often there are bad parts, and rarely are there great parts. Last night’s episode was no exception. The good parts involved Grace Gummer’s character being tattooed, maimed, and “freakified” by her father, the great parts involved Evan Peters, and the bad parts… well, let’s just say viewing an opening rendition of Nirvana’s “Come As You Are” was one of the most painful and awkward television moments I’ve ever experienced in my own living room. In typical AHS fashion, the bad is sooooo bad it actually hurts, and I am officially labeling this season as terrible. Fans, it might even be worse than Coven! Actually, scratch that: Freak Show is so much worse than Coven that the show’s creators deserve a medal for impressively being able to devolve season 4 after their atrociously stupid third season.

Jimmy got an ample amount of screen time this episode. Unfortunately, some of that involved him singing on stage randomly. Since when does Jimmy sing? And when was the last time anyone on the show has sung an anachronistic pop song? I had totally forgotten that this happens here, so when it did, I was flabbergasted. “Why why why?!” I asked myself. Who on earth thought this was a good idea? Who on earth actually likes this? I feel pretty bad for Evan Peters.

But at least he got some solid scene-time fodder with Dell, his father, at the bar. It’s kind of weird. First Dell and Jimmy argue outside the tents and agree to meet at the bar to “talk”, then they throw back shots and Dell keeps telling Jimmy to drink “like a man” which means taking five shots in two minutes (?), and then Jimmy gets to talk about Ma Petite wearing rabbit fur, which was super cute, and also how he wishes he could be normal and then Dell takes off his gloves and says he shouldn’t care what anyone thinks, and then Jimmy runs out and pukes in the alley, and then Dell is going to bash his head in with a brick… and then basically the father and son realize they are father and son, hug, and voila! they are best friends now.

Ugh. Ok, what was the POINT this whole time of all that nonsense about them hating each other, and the death of Meep and Dell trying to screw over all the freaks, and Ethel trying to hide Dell’s past from Jimmy. It was all total pointless bullshit and now there is no tension or conflict between them whatsoever, until the show decides to make some more up.

Dandy and Bette and Dot

Speaking of set-ups the show took weeks to develop only to toss into the garbage within five seconds, Jimmy comes to Dandy’s house and the twins leave with him, angering Dandy, yet not nearly as much as we expect considering how pissed off he gets over the smallest of things. First of all, why would Bette even agree to leave, when she was so happy to be there last episode?! Secondly, why wouldn’t Dandy like, oh I don’t know, KILL Jimmy for taking his girls away? He is a short-tempered childish serial killer after all.

So now Bette and Dot are back in Elsa’s carnival negotiating their pay and getting ready to be stars on Stanley’s TV show (which doesn’t exist), and Bette dies her hair blond and wants to be a comedienne while Dot is cranky as ever and Elsa is pitting them against each other… You guys know what all this means, right? It means we are back exactly where we started, and that nothing has changed one bit despite characters maneuvering and scheming for weeks amid countless pseudo “cliff-hangers” from Ryan Murphy. How are we supposed to care about anyone when the show doesn’t even follow its own rules? I don’t want to get all hypothetical Murphy’s Law about this, but the next episode could end with a volcano erupting and killing all the freaks, and the episode after that could open with all the freaks alive again unsmothered and unburnt, like nothing ever happened, and that would  make perfect sense in the universe that is American Horror Story. That would be just fine by Ryan MURPHY’s laws.

Oh, and this leads me to…

Do we even know if Ma Petite is really dead? Because last time she died she came back to life and then ALMOST died again, and then was actually alive. So now that she is “dead”, I’m not sure if I’m even that upset about it. My boyfriend was pretty bummed because he hadn’t seen last week’s episode (lucky him) and I had to explain to him that I had already seen her die and entombed in formaldehyde, so he should stop his bitch-ass tears.

By far the most interesting thing about the whole Ma Petite death scene was Dell’s trepidation and then willingness to kill her. What is not so clear, however, is why Dell would or would not agree to Stanley’s persistence that he kill a freak anyway. From previous episodes, we were made to believe that Dell was the bad guy who was trying to harm the freaks, or at least didn’t care about them. Now we are meant to sympathize with him as he begrudgingly tries to kill someone because he is being blackmailed for his gay affairs.  As the title suggests, Dell’s character is figuratively “testing” his strength in whether or not he can actually commit the murder of innocent freaks (I guess), and he also literally testing his strength in trying, like when he attempts to attack Amazon Eve and fails. Do I really have to ask why Dell would attempt to capture and kill literally the biggest freak of all? Talk about an epic fail.

What is Esmerelda doing this whole time? Where is Gabourey Sidibe? Are Twisty and Edward Mordrake ever going to return? Is Paul going to live or die? It is difficult to remain invested in these questions since characters are repeatedly brought on screen and then off again. Sometimes they even “fake die” only to come back onscreen again moments later.

But that’s not the show’s biggest problem. Its biggest problem is that is not coherent and consistent, and it constantly breaks away from its own precepts and established story-lines. Here’s one final example: Paul’s girlfriend, Penny, has a father who last episode didn’t want his daughter seeing a freak (Paul). So last night, he hired some tattooed goon to tattoo her face and cut her tongue in half to “fork” it, making her a freak. Cool! I mean, what gore buff doesn’t like a good maiming subplot? But shame on the show for deviating so dramatically from its own inconsequential subplot. If a father would go to great (and illegal) lengths to permanently and violently disfigure his own daughter, then why the hell would he give a shit in the first place that she was banging a freak? Lazy, lazy, lazy writing. A carnival monkey could write this show. 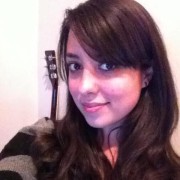