There has been a lot of interesting press surrounding the upcoming Star Wars spinoff movie Solo.

The first bit of bad press was when Disney fired original directors Phil Lord and Chris Miller (The Lego Movie). While they got a great replacement in Ron Howard, he is not known for taking chances and it made some fans wonder if Solo was going to be a solid, but generic Star Wars film.

Up next was the reshoots and the news that actor Alden Ehrenreich was not quite delivering the quality role that Disney had hoped as the young Han Solo. There was even talk that all Disney wanted him to do was mimic what Harrison Ford did in the original movies.

None of that seems to matter.

According to Variety, Solo tickets went on sale on Thursday night and they doubled the number of ticket sales that Black Panther sold in its first 24 hours. That is huge news.

Black Panther had an opening weekend of $202 million domestically — the sixth best of all-time (it was fifth until Avengers: Infinity War took the number one spot). Black Panther also kept it up and is the highest grossing Marvel Cinematic Universe movie of the 19 (although Avengers might beat that as well).

At the moment, tracking numbers have Solo making $170 million in its opening weekend, which is less than Black Panther, but if the first 24 hours are any indication, that number could move up.

It is already looking to be possibly the biggest Memorial Day weekend opening of all-time. Pirates of the Caribbean: At World’s End holds that record with $139.8 million and Solo should beat that easily.

A big opening weekend could also mean more young Han Solo movies. In an interview with Esquire, Ehrenreich accidentally let it slip that he had signed a three-picture deal to play Solo, so it looks like this might be the start of something big for at least one Star Wars spinoff movie.

Solo hits theaters on May 25. 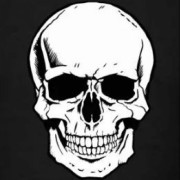