There is no denying that, when it comes to the film industry, America rules the roost. British actors are in everything nowadays, but unless you live under a rock, I think you can guess that someone with the name Benedict Cumberbatch is not going to be from Chicago’s south side.

There is another nation, though, that seems to sneak under the radar. In fact, many are just assumed to be All-American. The truth is that many of Hollywood’s heartthrobs and leading ladies come from the cold north – Canada.

There are those who make sure people know they’re Canadian actors. Mike Myers proudly waltzes around with his Maple Leaf’s jersey and even included the team in his film, The Love Guru. Jim Carrey is perhaps the biggest of all the Canadian actors, and likes of Ryan Reynolds and Ontario’s Ryan Gosling are arguably two of the biggest stars right now in America’s film industry, despite not being American.

A few of the Canadian actors to make the journey to The Golden State are well hidden. With many of the characters they play being an embodiment of American ideals, it gives them the perfect camouflage. Kiefer Sutherland, for instance, is lauded for his patriotic portrayal of Jack Bauer in FOX’s 24 series, where he regularly saves the U.S from impending terrorist doom.

Sutherland is currently also starring as the President of the United States in his Netflix show Designated Survivor. He is, in fact, a full-fledged Canadian citizen, the son of two successful Canadian actors and the grandson of a Premier of Saskatchewan. He has never even obtained dual-citizenship which many in his position tend to do.

Seth Rogen is synonymous with the College/Stoner humor films that come out of Hollywood on an annual basis. Ironically, he never actually went to college, because he was too busy starting his comedy career as a teenager in Vancouver clubs, before making the big move to LA.

New York is the setting for many of the most famous TV shows ever made. While we watch Friends and Sex and the City to witness New Yorkers enjoying their playground, two of their biggest stars were more big maple, than Big Apple.

Kim Cattrall played seductive Samantha, but the big city gal is actually the daughter of English emigrants to a remote Vancouver Island town in British Colombia. Matthew Perry is another secret Canuck, and while in America he is world famous for playing Chandler Bing, in Canada he was a rising youth tennis star and one of the best juniors in the country.

These actors are hiding in plain sight, but maybe if they were overly patriotic they might not get these iconic American roles. The bi-product of this is that not many of us know they are Canadian actors.

Canada is being used more and more as a filming location to double as America. This is because of the sheer costs of doing exteriors in America. Looser laws on paying overtime for crews on longer days and avoiding unnecessary costs on drivers, for instance, makes Canada the perfect place to film for those with tighter budgets.

For the actors, it is the same reason to leave for America. Money. The wages will be higher, the jobs are more prevalent, and really who can name a wholly Canadian produced film? Of course, geographical location and easy travel home make for a nice work-to-life balance. In fact, some Canadian actors, like Rachel McAdams, still live in Canada because she can still make it to work when the New York set is just down the road in Toronto.

Canadian imports appear to show no sign of stopping. The strange issue is that it seems, by not shouting your Canadian nationality from the rooftops, you can get roles as patriotic Americans. While the Brits seem to be able to do this through arguably superior acting chops and a mastery of accents, it seems Canadian actors prefer to hide in plain sight and let you do your own research. 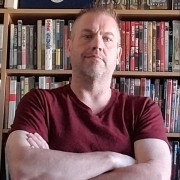