This week’s episode of Criminal Minds had the BAU chasing a killer who dredged up a part of Morgan’s past; a past that he had been trying to put behind him.

In what ended up to be an emotional episode for Morgan, the show started off with he and Rossi sharing a friendly moment over a recent restoration project.  The moment quickly ended when the team was called to Morgan’s old neighborhood in Chicago.

As Garcia explained, the UnSub violently beat and killed two men with his bare fists.  The victims were both found with their pants down around their ankles, but no evidence of sexual assault was present.

When the team visited both of the crime scenes an eerie message was left by the UnSub: “Look up to the sky.”  The second that Morgan discovered this; he knew.  Carl Buford the man who had sexually molested Morgan as a boy used to speak that phrase to him.  Morgan knew immediately that they were dealing with another victim of Buford’s – he always thought he was the only one.  But now, years later with Buford in prison, one of his victims was violently acting out.

After Morgan tried to get information on names of more of the victims; he struggled with his own emotions about what had happened to him so long ago.  He spoke with a young man, who was the only other victim that Morgan was aware of; but the young man was searching for a way out himself.  He was trying to get out of the neighborhood, trying to escape his own feelings about what Buford had done to him, and had no interest in helping.

Morgan knew that the only way to obtain a list of Buford’s victims was to visit Buford himself, in prison.   Agent Hotchner accompanied Morgan to the prison and watched as Morgan sat at the table with Buford.

After some persuading and a deal sealed with a creepy handshake, Morgan obtained the list.  To his surprise, it was a much longer list than he had ever dreamed.  This played both into the case as well as Morgan’s feelings about his past with Buford.  The handshake alone made Morgan literally sick to his stomach.

Narrowing down the list the team thought they had their UnSub.  Unfortunately for them, they had the wrong man.  In a turn, the mistaken man helped the team by remembering one particular boy as someone who was “special” to Buford: Rodney Harris.  Morgan again showed his surprise as he was familiar with Harris from their neighborhood.

Garcia soon discovered that Harris’s son was recently molested.  The team believed that this was the trigger for Harris.  He was seeking out men that he saw as child molesters as targets.  When they tracked Harris to his ex-wife’s home, Morgan talked him down from shooting his ex-wife or hurting anyone else.

The local police took Harris into custody.  As the press was asking a barrage of questions to another officer, Morgan joined.  He explained, which was shown on television, that he was a victim of Carl Buford’s and opened up just enough to satisfy the press – and himself.

As the team was flying home, Morgan received a call.  Carl Buford had been killed in prison.

The episode ended with Morgan back at his restoration project – looking up at the sky.

“Restoration” was a good episode because it wrapped up the personal life of one of the agents along with an interesting case.  This eliminated the normal; separate back and forth between the FBI BAU cases and the personal lives of the characters.

I find Morgan in particular to be an interesting character.  I think the writers do a good job of incorporating his past and his childhood into the man he has grown up to be AND I find this obvious in the character and his words.

The way that this episode concluded is another thing that stood out to me.  Beginning with the restoration project and then ending with it while Morgan was looking up at the sky was perfect.  It was as if he had gone full circle with dredging up all that emotion and then more healing – healing that he thought he had already done – and with that a final, REAL closure to it all with the death of Carl Buford. 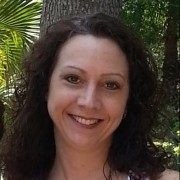