The Place Beyond the Pines is a film that I’m very much looking forward to seeing. Just about every review I’ve come across has mentioned how pervasively gloomy (and touching) the film is. Of course, the first thing that’s likely to stand out is Ryan Gosling, who lights up the screen in just about every movie he’s in. However, one of my biggest curiosities revolves around how the music is going to compliment the story.  After all, a great film is only as effective as its soundtrack.

I normally don’t listen to soundtracks because I feel that any element by itself sort of deflates the impact of what is going to be shown. With this one, I made an exception since Mike Patton (lead singer of Faith No More and countless other bands) was tasked with providing the score.

His work on Crank 2 could be enjoyed on its own because it was weird enough to qualify as a legit Patton record, but I wasn’t sure how he was going to tackle a film that was more down to earth. Coupled with recent speculations regarding the film’s passing similarities to Drive, I couldn’t resist checking this out.

It becomes clear very early on that The Place Beyond the Pines couldn’t be further removed from Drive in terms of the mood its soundtrack aims to convey. With the exception of some really cool retro tunes (culled from the albums of neo-80’s musicians), Drive was all about ambiance; the songs underscored the tension so well that a lot of people couldn’t remember if it had a musical score to begin with. The Place Beyond the Pines soundtrack takes a different route.

Most of the songs are noticeably intense and melancholy (complete with choir sections and strings), but they are also characterized by notes that break apart or go off in different directions, which I’m assuming feeds into the uneasiness that is supposed to propel these characters forward. It is radically different from anything Patton has done in recent years and were it not for his name in the credits, I would never assume he had anything to do with it.

On the one hand, it’s nice to know that Patton has opted to put the film ahead of his tendency to experiment, but it’s definitely one of those soundtracks that are designed to compliment the visuals first and foremost. In spite of that, these tracks are quite moving and give you a clear sense of what this film hopes to accomplish. It stands out a little more than the soundtrack to Drive, but it isn’t memorable on its own merits like a Hans Zimmer score.

Honestly, I would wait until The Place Beyond the Pines is given a wider release before listening to the soundtrack. It will most likely connect with viewers on a deeper level when it guides the drama onscreen. Maybe then it can be appreciated as an album in its own right, but only after the film has drawn to a close.

Check it out on Amazon. 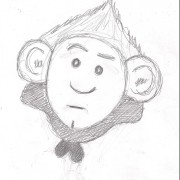